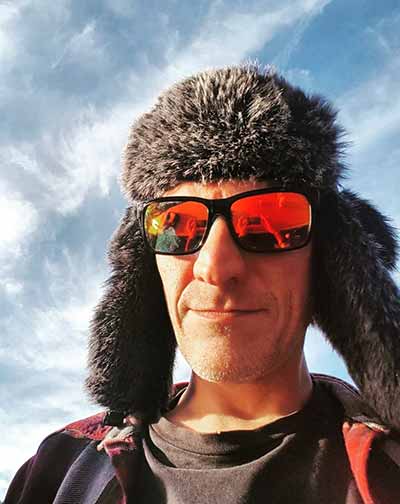 I've always been aware of Crohn's Disease as my father also suffered from it. I remember as a child watching him clean his stoma. I was fascinated.

Having always had minor stomache cramps as a child, I was finally diagnosed with Crohn's Disease at the age of 17 (1994). The Crohn's never really bothered me too much until I reached about 25. My first major flare up was terrible. I ended up in bed for 3 weeks with the most excruciating pain I have ever experienced. Little did I know, this was only the beginning.

From there on out I have explored just about every possbile avenue. I tried holistic treatments, I've been on trial medications, I also had a big op where some of my small bowel was removed and quite a lot of damage caused by fistulas were corrected. I almost lost a kidney and my bladder!

My Crohn's was finally in remission after the op and I had about 3 years trouble free. Unfortunately it eventually started flaring up again. Usually I would then go see my specialist, he'll prescribe some Prednisone and within a few days I'll be good to go again.

Over December 2017 things went wrong though. I woke up on Christmas day with terrible cramps. Christmas sucked big time as I was unable to partake in all the awesome festivities, not to mention miss out on all the great food!

As soon as I could I got hold of my doctor and managed to get a script for Prednisone. Unfortunately, the Prednisone simply would not work this time. I went on more than one course over a 4-5 month period. It just would not respond. Currently I'm getting Revellex, which sort of, kind of works, but I am still battling.

And all this has lead to the creation of this blog. If I thought I knew a lot about dieting up until getting sick this time, now I would consider myself a bit of pro.

I'm hoping to help others by sharing what I have experienced and hopefully my take on food also helps someone else out there.

Thanks for reading,
Björn

Living with Crohn's Disease is not easy. I always thought my condition was quite mild compared to what I found on the internet, until 2018. I never knew I could get this sick.

I had to basically scrap everything I thought I knew and re-educate myself about everything from diet to exercise.

This is my journey, and I hope that by sharing my Crohn's story that I can hopefully help some of you out there.